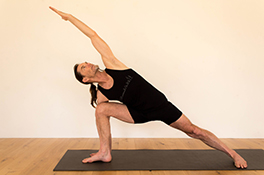 John Scott teams up with Yoga Bliss to produce an exclusive range of yoga clothing, yoga mat bags and accessories

John Scott is a world renowned Ashtanga Vinyasa Yoga teacher. John is a New Zealander by birth but has made the UK his home for many years. John originally studied Industrial Design in New Zealand and Australia and graduated with a Batchelor of Applied Science in Industrial Design.

John is a dedicated and direct student of Shri K Pattabhi Jois since 1989. John was introduced to Ashtanga Vinyasa Yoga by Derek Island, while traveling through Europe. As a result, John began his studies with Guruji – Shri K Pattabhi Jois of Mysore India, and has since then continued to develop his practice and teaching with many other students on the path of yoga. 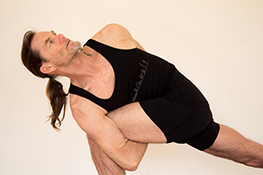 John has presented workshops worldwide for the past 20 years and continues to do so. John has produced a best-selling book, “Ashtanga Yoga”, and a counted primary series DVD. John is committed to teaching the traditional counted method and has produced a Yoga App, to this end. 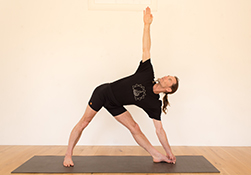 John is well known for his illustrations/charts (line drawings) of Ashtanga Yoga Primary and Intermediate and Advanced Series, which continue to circulate Worldwide, having been published in chart form and then later in book form in Lino Miele’s book “Astanga Yoga”. These illustrations are the inspiration for a range of Yoga clothing and accessories that are now exclusively available at Yoga Bliss.